Coaching for Progression - Winning and Landing Well in a New Role 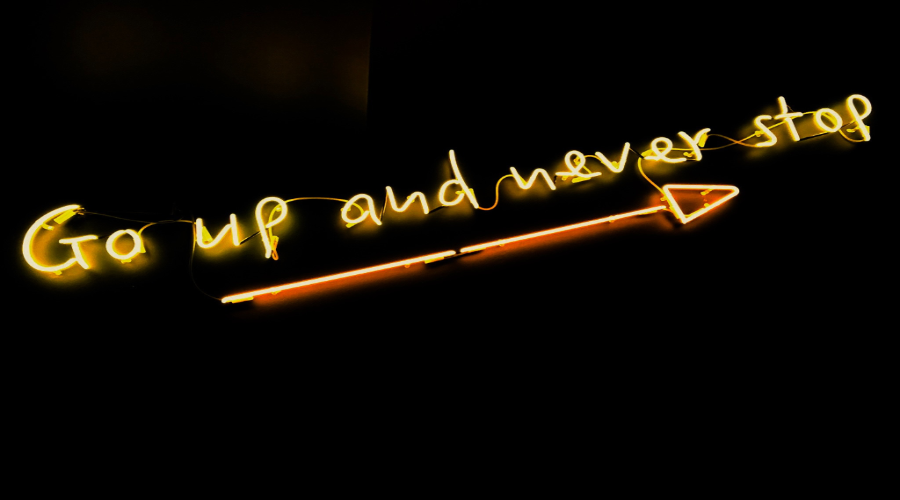 When it comes to scaling new professional heights, we believe that effective coaching can equip executives to truly shine when it counts. Be it for the purposes of gaining a coveted new promotion or to ‘land’ successfully in the role from day one, coaching provides a solid framework through which to hone the mindset, habits and behaviours needed to excel.

Stating the obvious, your experience, training and skills are what they are. They could even be Bill Gates-league tremendous. But if you don’t know how to align your emotional state, articulate your personal career-strategy and showcase your talents effectively, chances are these attributes will get obscured in an interview scenario. This is where effective coaching can be so impactful, helping individuals to gain that vital, self-confident edge in the art of authentic ‘self-promotion.’

Your State as the Precursor to Success

Not so long ago, Brave received a call from a client about her intention to seek promotion; to progress into a more prominent role. She was focusing on the scope of the role she wanted to win and her skill-set – namely, her ability to do the job well. It was obvious that she was more than capable of handling the challenges it might throw at her. However, our conversation had little, if anything, to do with her skills or competence. We focused instead on three aspects that were impacting her emotional state:

1) How she sees herself

2) How she believes others see her

3) If she had one chance to land the position, what would she do to ‘upgrade’ the way others see her.

Like so many of our clients, she had skills by the bucketload. But what quickly became clear was that our client’s inability to progress in her career was, to some extent, correlated with a series of self-imposed obstacles. As we like to say, coaching is often a process of helping the Coachee get out of their own way, and understanding why they’re currently ‘in it’. Nowhere was this more important – and ultimately empowering – than for our client at this point in her pursuit of career advancement.

The reasons why we self-sabotage in work (and life!) can be varied. There are some specific brain functions that can contribute to this sabotage, despite its intention to keep us safe. Humans often seek the familiar (safe) and avoid the unknown (danger), with fear of the unfamiliar being a significant barrier to progress whether you’re a young post-graduate, entrepreneur or CEO. Once we tackle self-imposed limitations, the second element is to unpack, acknowledge and address others’ perceptions of you. Here, we begin to understand the influence we are having on others and how to promote or position oneself as the ‘best fit’ for the role.

Winning and landing well in a new role

The importance of coaching when helping someone win a role (or land well in it), is evidently accepted and easy to grasp. As well as having only one chance to make a first impression, it’s vital that this leads to an authentic picture, one that assures the interviewer and stakeholder you are the perfect fit; that you are skilled, won’t let them down and are the kind of team player they want to work with.

Being able to deliver an authentic, on-point, professional ‘self’ is why many clients come to us for help. After all, when you’ve only got one shot, coaching provides the leverage needed to give someone the clarity and focus to stay on track before, during and after the actual interview experience. Beyond the value found in pre-interview coaching, preparation and focus, we also work with clients to tune in to – and then capitalise on – those all-important exchanges outside the formal processes. These are influence-bombs!

But what about the motivation to go for a more senior role in the first place? Most seek increased responsibility for a number of reasons and will embark on the challenge with all kinds of inner narratives for and against it; personal gain, development of ‘self’ and a skill set, along with the desire for interesting, new challenges and experiences. Being clear about these narratives, as well as their influence on mindset, behavioural nuances and performance, is a key step in self development, as well as stacking the odds of winning and ‘landing’ the role in your favour.

Progressing with oneself – developing ‘you’ 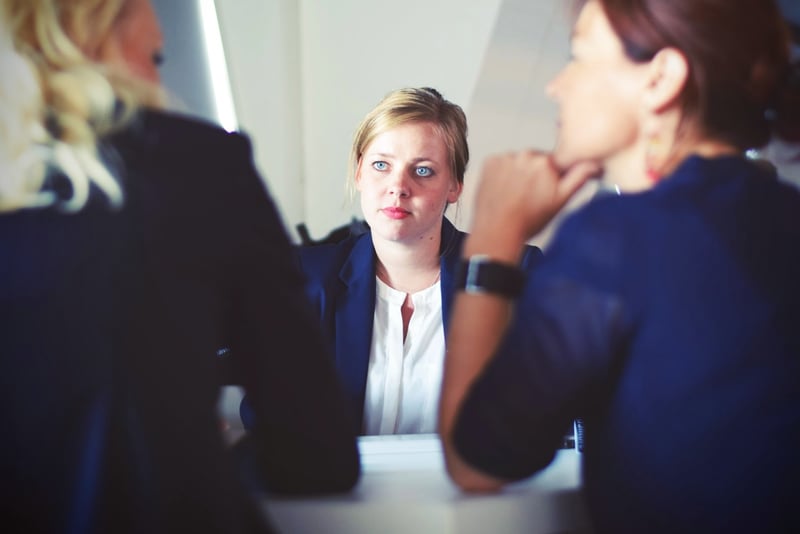 Now – let’s put you in an interview setting. Before we explore the way you’d like others to perceive you, it's a helpful idea to take a look at how you see yourself and what you want. Why are you seeking this promotion and how much do you want it? What are the narratives you have about yourself and how do these stories influence your state; how do they shape your thinking or attitudes, and how do you physicalise this in public for others to see and hear?

So, it’s good to ask – how can you build on your resilience; your mental and physical strengths and ability to project yourself authentically and engagingly? Why have you been unsuccessful at progressing in the past? What are you doing to provoke others’ feelings and engagement, and how can you adjust your behaviour, rework your narratives and embody them differently for a better outcome?

Jumping back to the client that we spoke about earlier, and her self-sabotaging thoughts and anxieties. At the heart of our approach was the intention to discover and explore her hidden hurdles. These weren’t necessarily out of view and unseen. She may have been conscious of them, yet she (and many others), often underestimate the impact these have on us and the people around us. It’s possible to be aware of and talk about a limiting thought or belief that we know of, but it’s a different story when we start to address it and do something about it.

A crucial point here: while working with Coachees to explore unhelpful beliefs and narratives, it’s important to be open to seeing the narrative not as ‘truth’, but more as a perceived version of it. In our client’s case, the hidden hurdle she revealed to us, was a deeply ingrained story she told herself about whether she belonged to the 'tribe' or 'club' she wanted to join i.e. the top table.

The power of others’ perceptions

This very successful client of ours had positioned herself well, performed beyond her leadership/management level for a long time and was undoubtedly highly intelligent and able. So why was she not getting the progression she was more than worthy of on paper?

Not only were her inner narratives impacting on her sense of worth and belonging, but the narrative was also causing her to act out those beliefs in some detrimental way. In essence, she was transmitting to others her inner state; her insecurity and self-questioning about her ability to belong to the group she aspired to be part of.

Our client wasn’t blind to this – she was aware of this perceived ‘Club’ and her self-imposed exclusion from it, as well as the deeper stories she had attached to it, including whether she wanted to belong to it at all! Coaching unpacked her stories about this group, and how she imagined their perceptions of her. We saw together how these stories had become a powerful influence on the way she communicated with the group and in turn – the way they saw her.

If we altered our behaviour, what would happen and how would others see you?

Thanks to latest neuroscience, it’s now widely accepted that we can recode our brain to affect different behaviours. The moment that an individual truly appreciates that an emotional response to an event is caused by their thinking, rather than the thinking itself being caused by the event, we realise greater levels of choice when regulating our response.

‘Landing’ in the role

Once a role is successfully won, landing with impact and presence is the next step. And because day one sets the tone, we coach with a sense of ‘start as you mean to go on’ to tease out the techniques needed for optimal communication and ability to influence. Equally, having the impact that’s intended must also be real and sustainable. Planning for it is only one aspect of the exercise. How you project yourself with greater impact, and what you do to attract people’s attention positively, contributing to the broader culture of communication, must be anchored in who you are and how you behave. 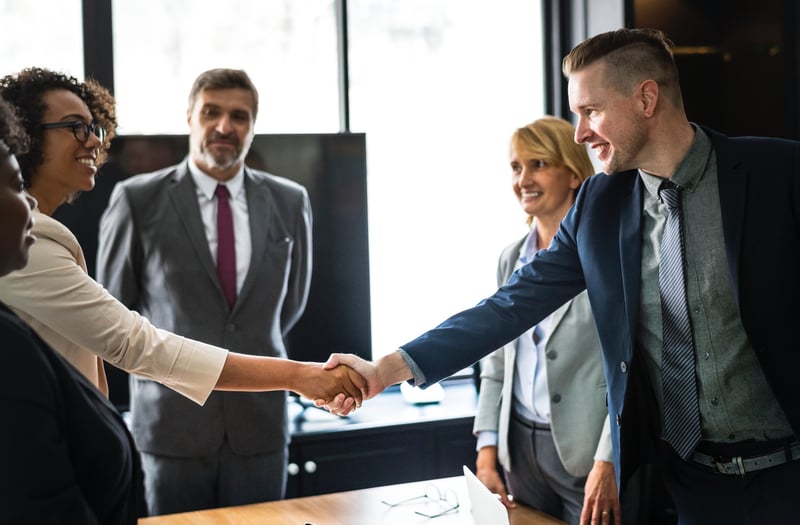 Coaching Toolkit - a five-step process to overcoming your inner hurdles

Many believe our mind has a tactical advantage over us, because it knows our fears and limitations. As such, it’s a very real contributor to our self-imposed (sometimes hidden) hurdles, and can often enliven fresh narratives around those fears and limitations. But no story is fixed. By knowing how to regulate our emotions and responses, coaching can help us swiftly and effectively ‘rewrite the story’.

Focus on the hidden hurdle and label the issue; name the challenge you are experiencing and how it makes you feel.

Realise the impact of this limitation on you; consider how your behaviour is affected and what you think is happening as a result, both to you and to others.

Examine your interpretation of your perceived limitation; is it true or are you interpreting the narrative into a limiting factor?

What do you want to happen? If you didn't have this limitation, how would you behave and how would your impact and influence be different?

How can you think about this issue differently? What might act as a trigger, stimulating and motivating your idealised behaviour next time you face this challenge?